We decided as a committee that we needed to save Energy and look at ways of saving electricity. We decided to have a Powerdown Day where we tried to use as little energy as possible. Our week began on Monday 29th April where we talked to the children and staff in assembly about ways to save energy. On the 3rd of May 2019 we had Powerdown Day. Over the first part of the week, we read the electricity meter and then worked out the average daily electricity use.  On Friday, staff and children were encourages to turn off lights, computers and whiteboards and find different ways of learning, such as having lessons outside. In the end, we saved 61% of average daily usage of electricity.  To follow this event, we made posters reminding people to turn off lights and to save energy around school. Ted and Bea 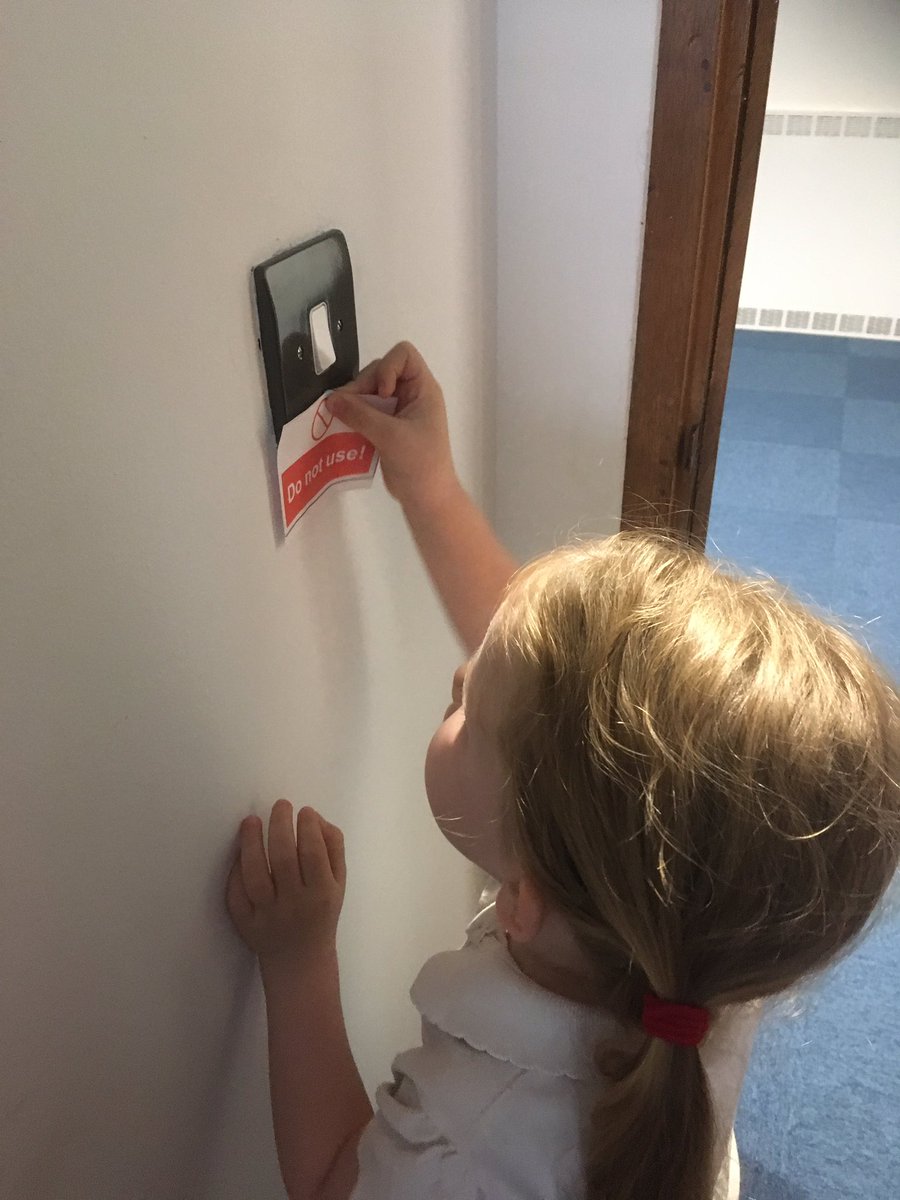 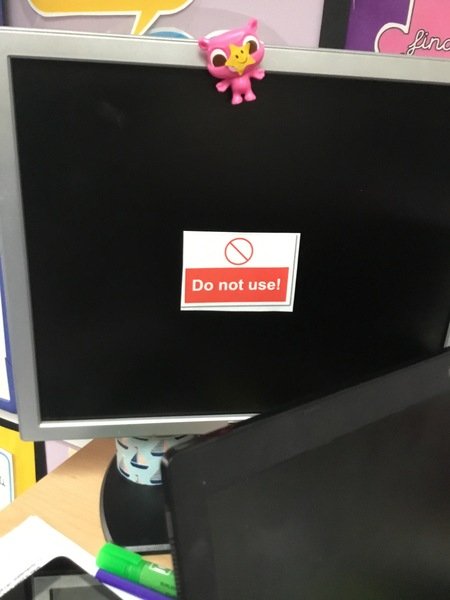 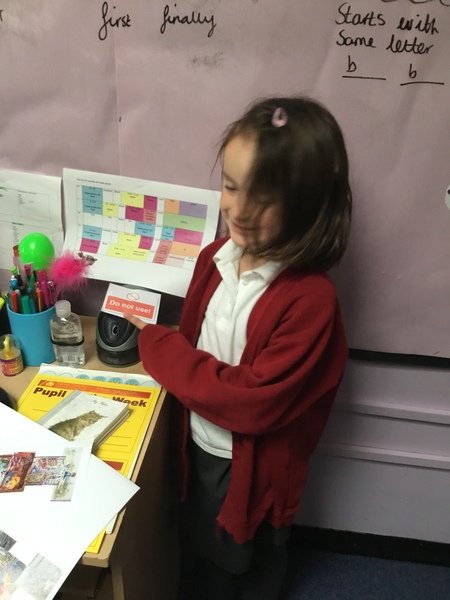 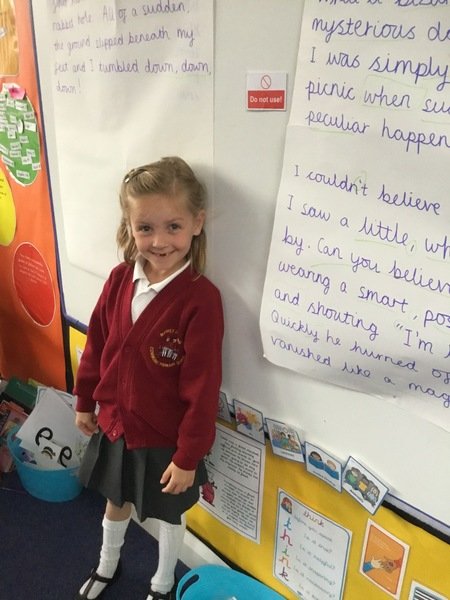 On second of April, a kind team of helpers from The Environment Agency worked hard to improve the pond by cutting grass, putting up bird boxes, clearing weeds and overgrown bushes, adding a bug hotel, building a bench and creating a hedgehog home. Now we can have lessons there and we are hopeful that more wildlife will make their homes here too. Elliot and William.

In January the Lego competition took place. Children were invited to design and create an invention that would help the environment. It was really hard to choose the best models but in the end the winners were Sayyaf and Charlie. 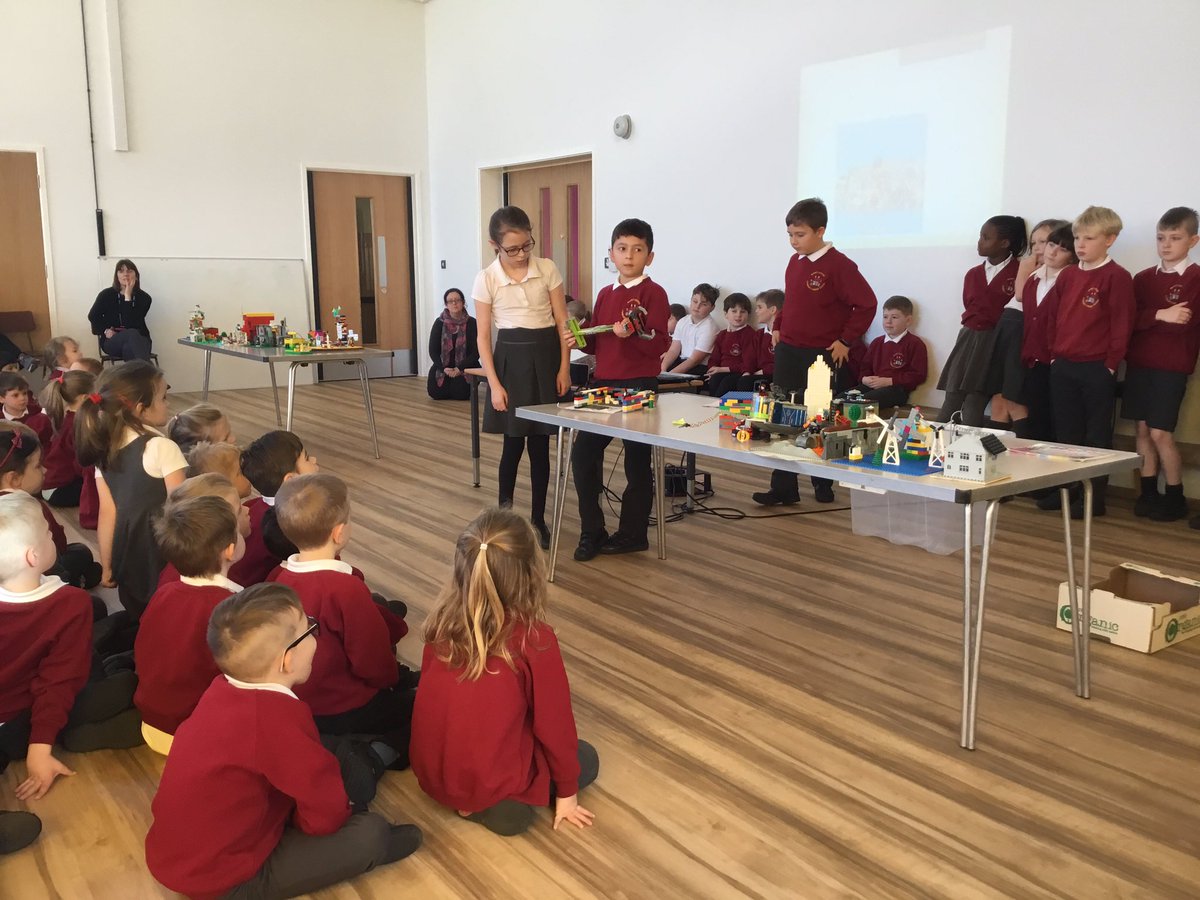 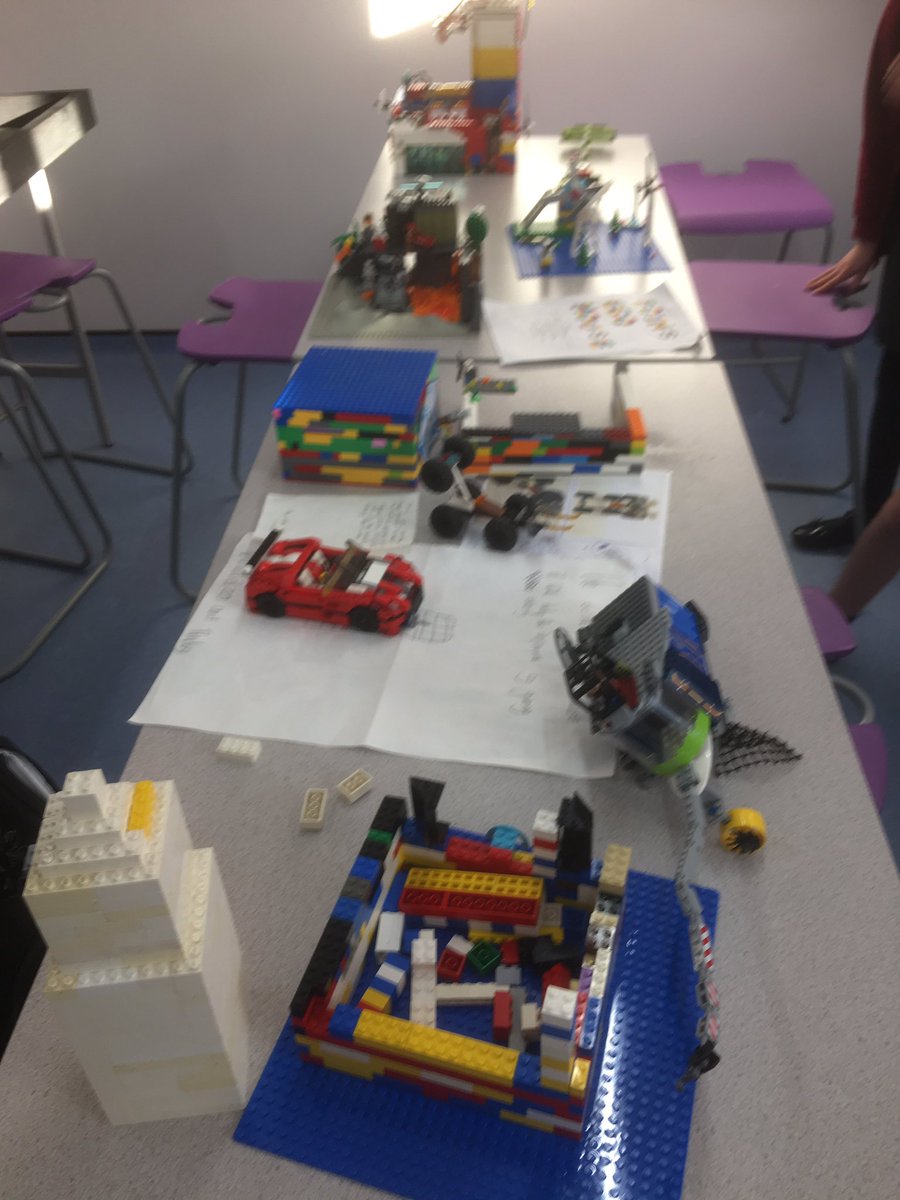 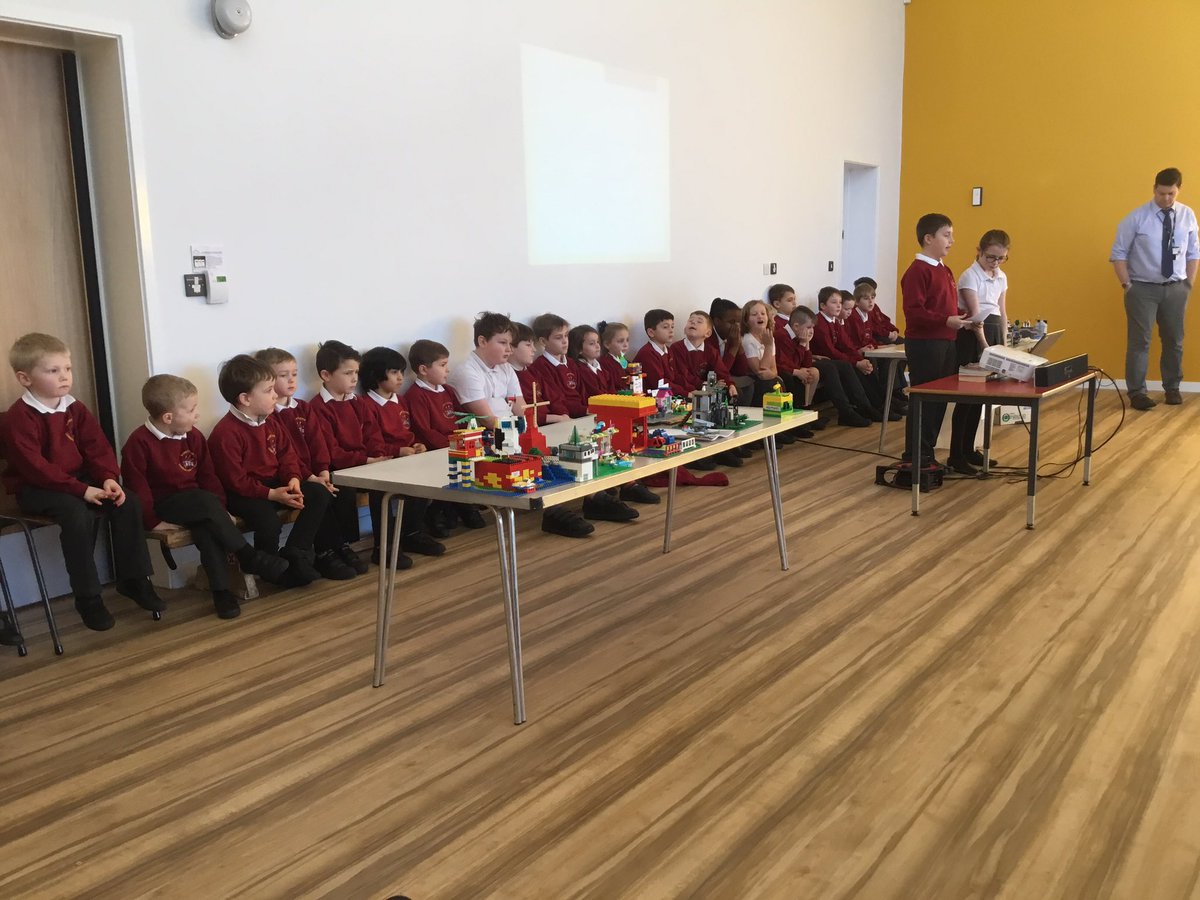 We had a brilliant offer with our bird boxes. In February, Councillor Bob Broughton, donated some bird boxes that he had made to us. Even better than that, they were made out of recycled wood! They have a good home in our renovated pond! We hope that this will encourage birds to come into our school grounds.  This will definitely help with next year’s bird watch. Ethan and Poppy 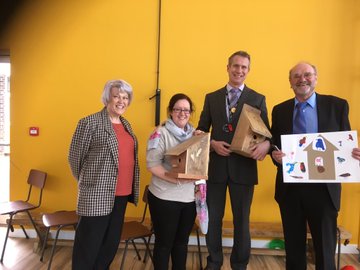 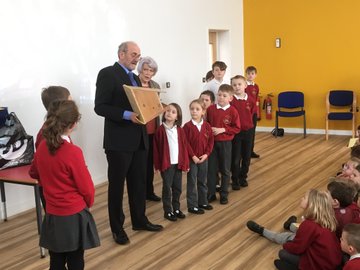 We would like to introduce the new members of Market Deeping Primary School's Eco Committee. They were all voted in by their classmates and have shared their aspirations for their time as an Eco Warrior.

Three eager members of the Eco Warriors manned our stall at the summer fair yesterday. They encouraged children to make a newspaper plant pot and set a runner been seed as well as overseeing our Lucky Shell game. They also talked to the community about what we have achieved this year and gave out leaflets explaining how to reduce plastic. Thank you to the PTFA for organising the fair and those who attended and helped out. 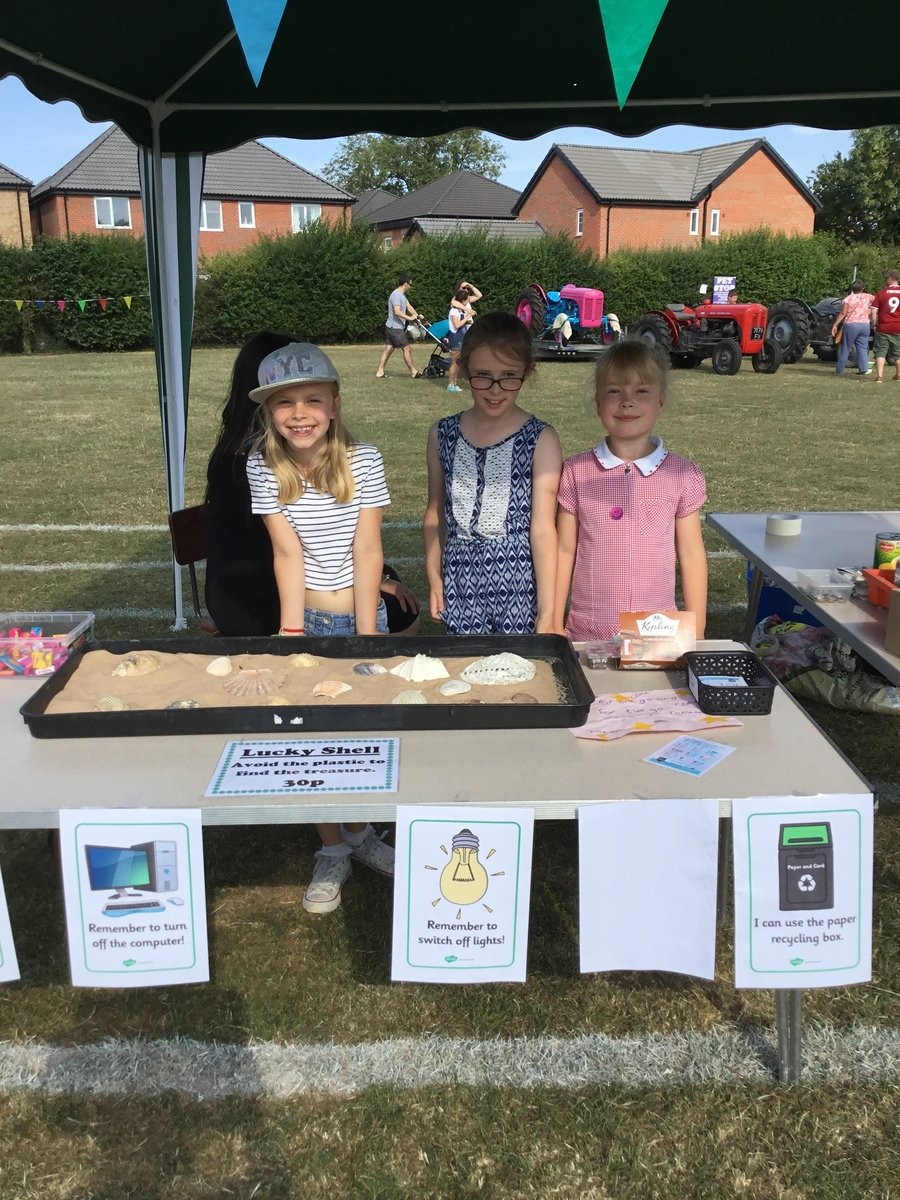 Congratulations to the Eco Warriors on achieving the Bronze Eco Schools Award!! 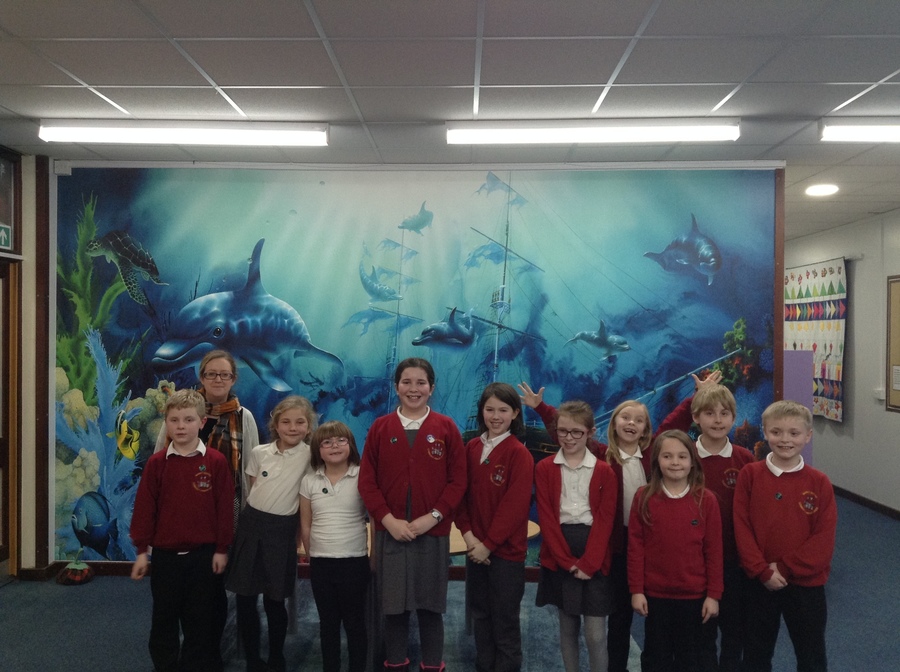 Congratulations to our Eco Warriors for earning the Bronze Eco Schools Award! We are now working hard towards our silver award. Thanks to the Eco Warriors and everyone around school for their hard work and commitment to making our school a greener place to be. 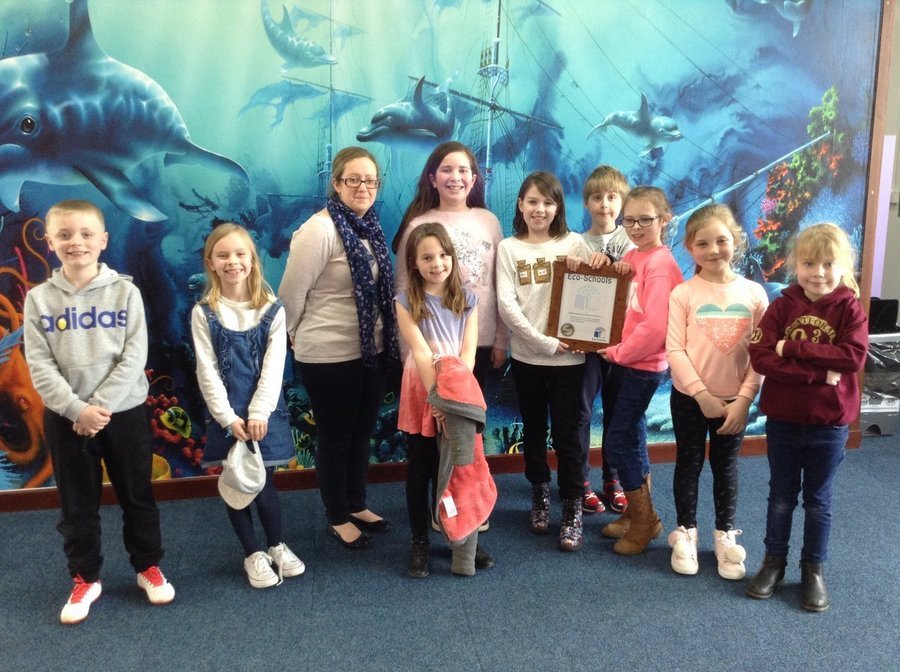 On Thursday 22nd March we finally got to do our litter pick around school, after previously having to cancel because of the snow. Each class went out for 30 minutes to clear as much litter as they could from around the edges of the school field.  By the end of the afternoon we collected four big bags of rubbish! Thank you to everyone who helped out on the day. The eco committee will continue with litter picks throughout the school year. 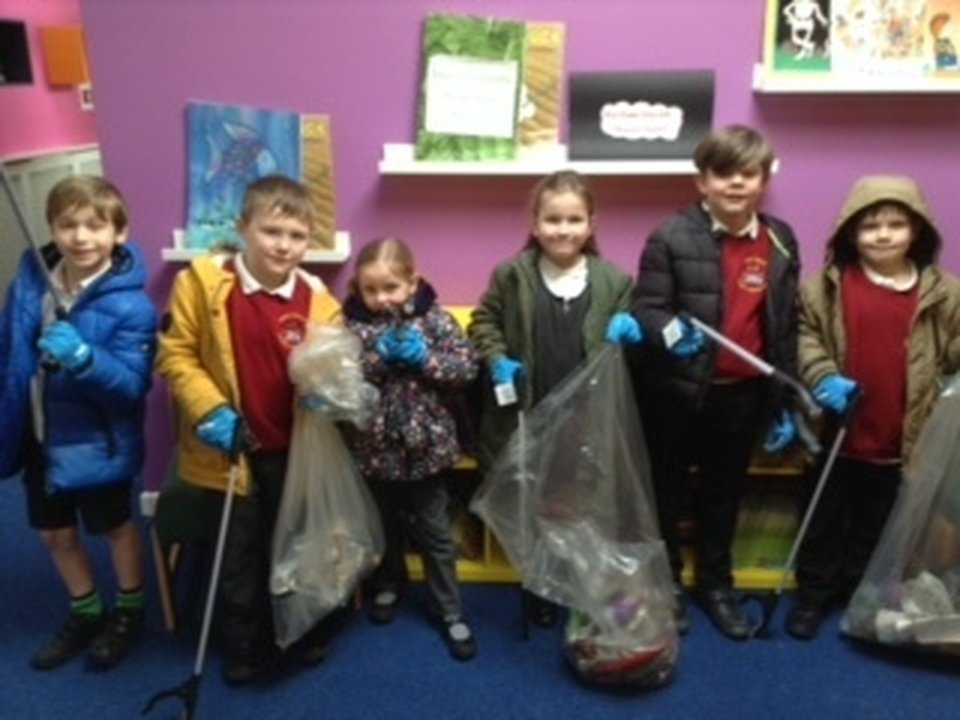 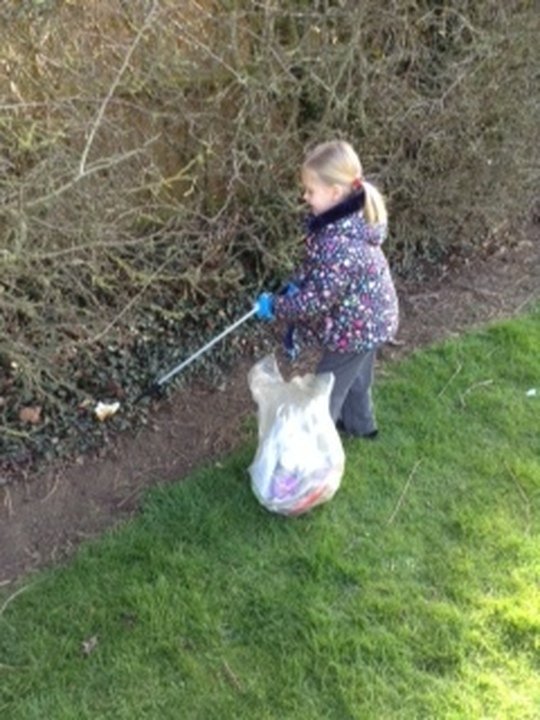 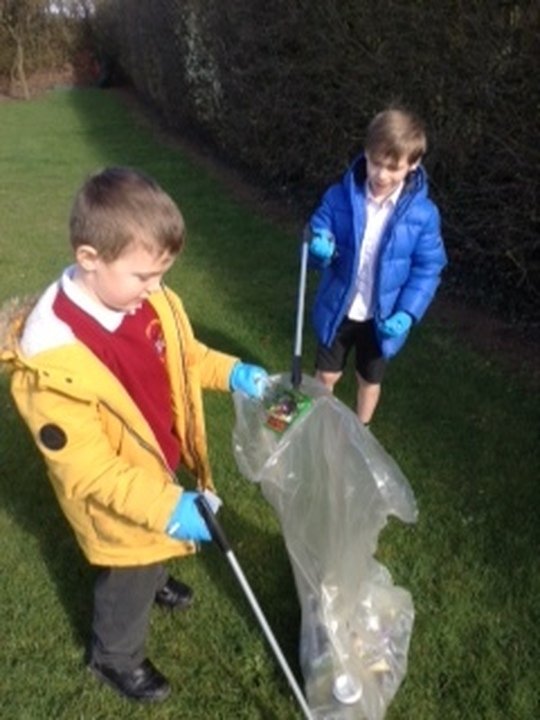 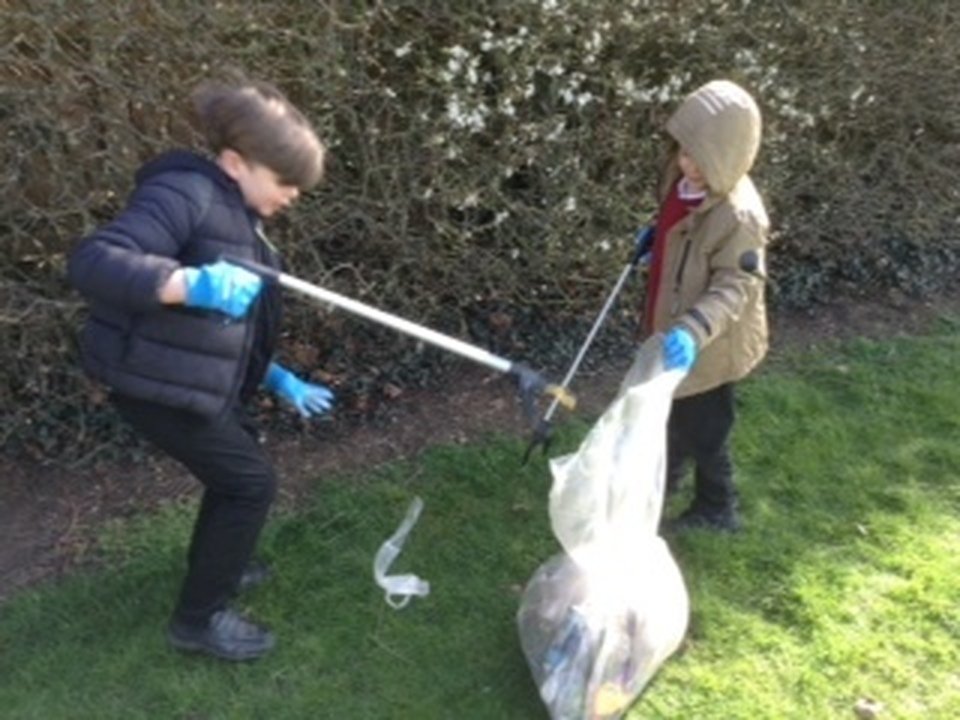 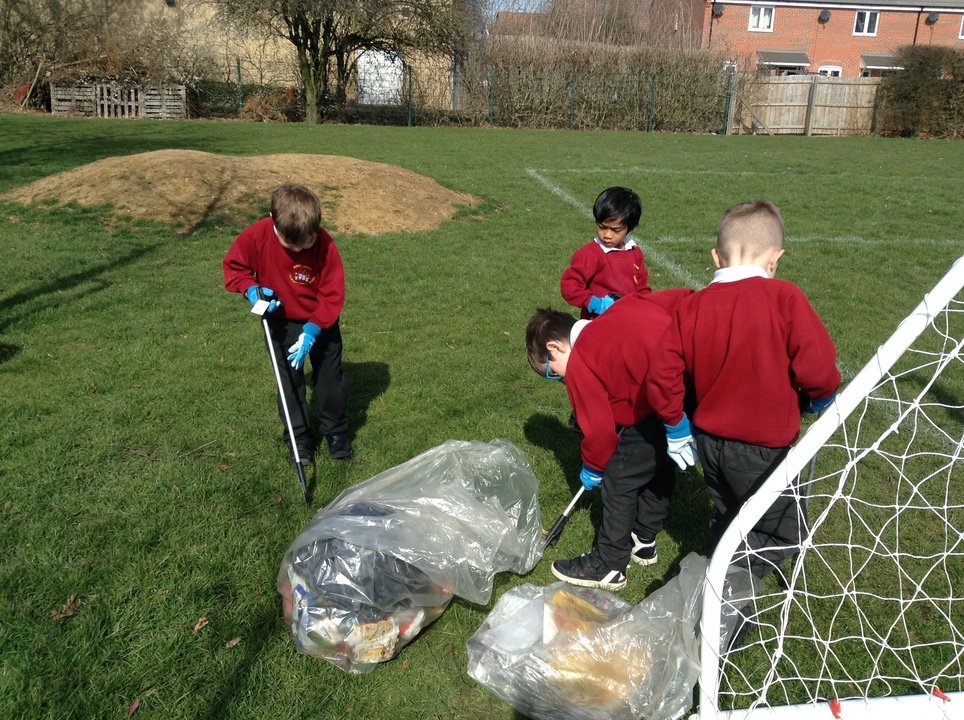 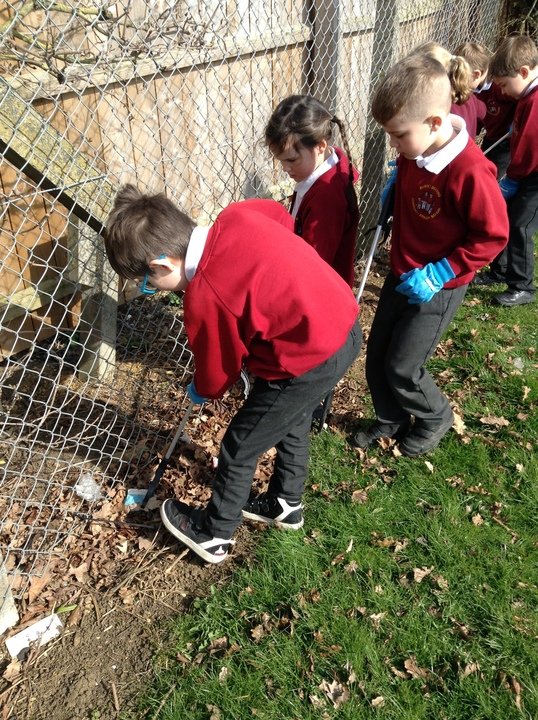 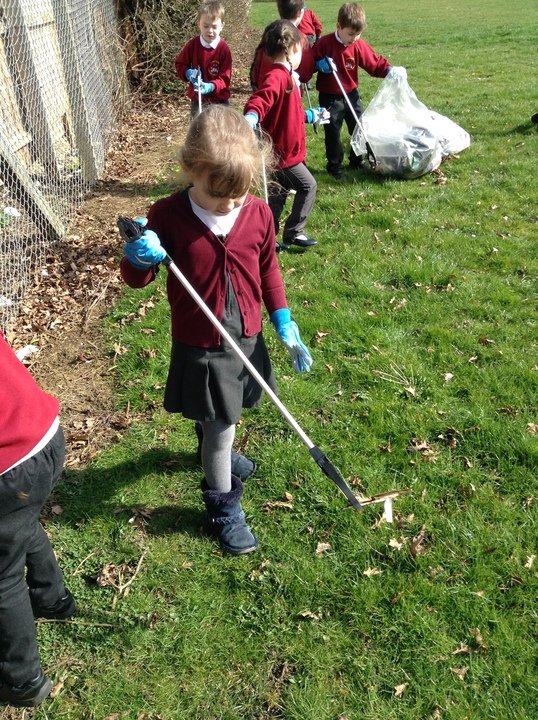 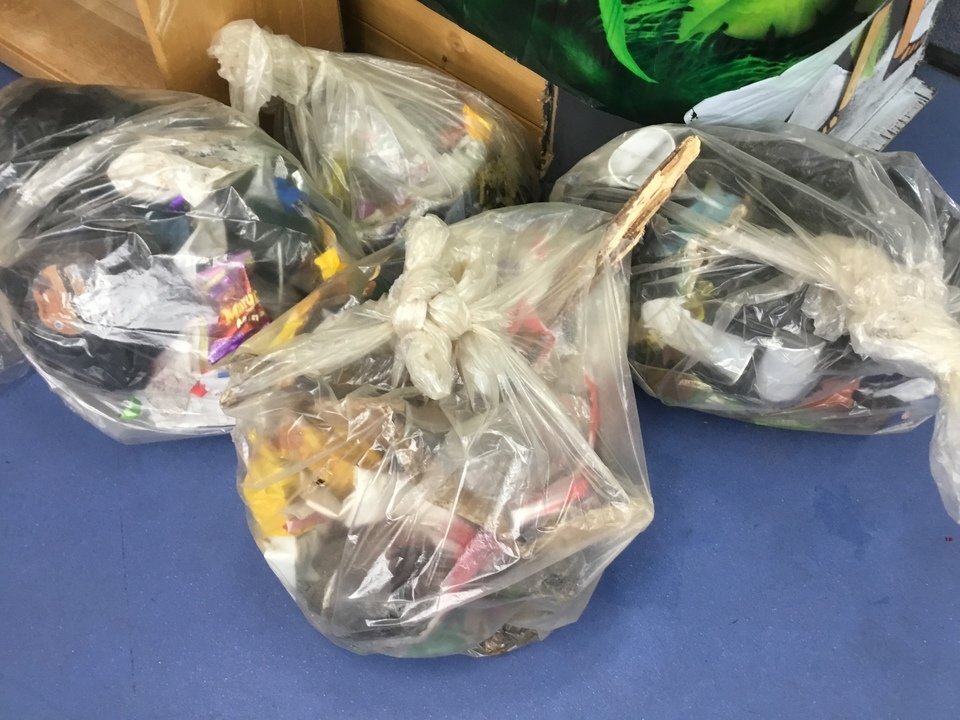 On Friday 2nd March, each class will take part in the 'Great Big School Clean' as part of Keep Britain Tidy's 'Great British Spring Clean'. The PTFA have kindly funded the purchase of 8 litter pickers so groups of children can improve the look and health of our environment. Watch this space for updates on how the event goes. 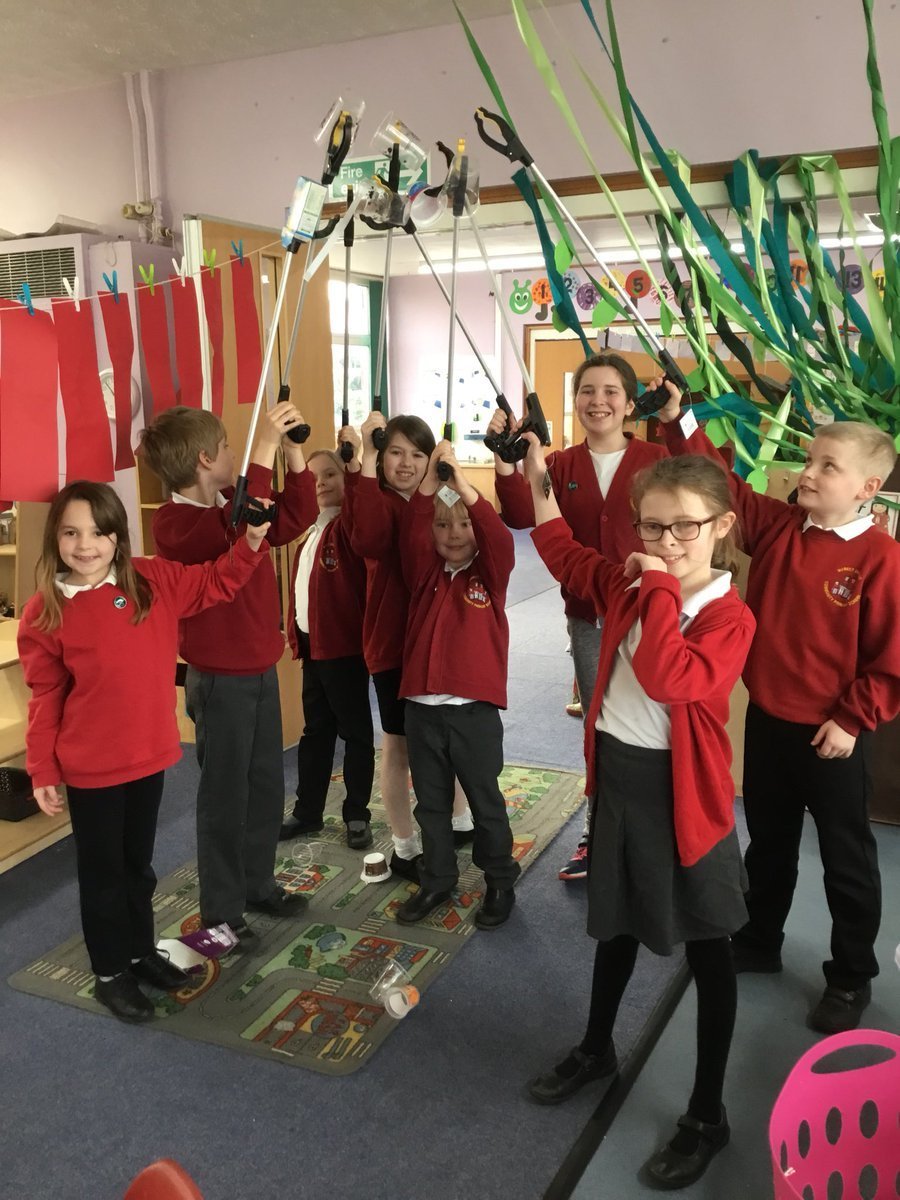 Thank you to those of you who have dontated batteries to our recycling campaign. The battery bin is filling up nicely. 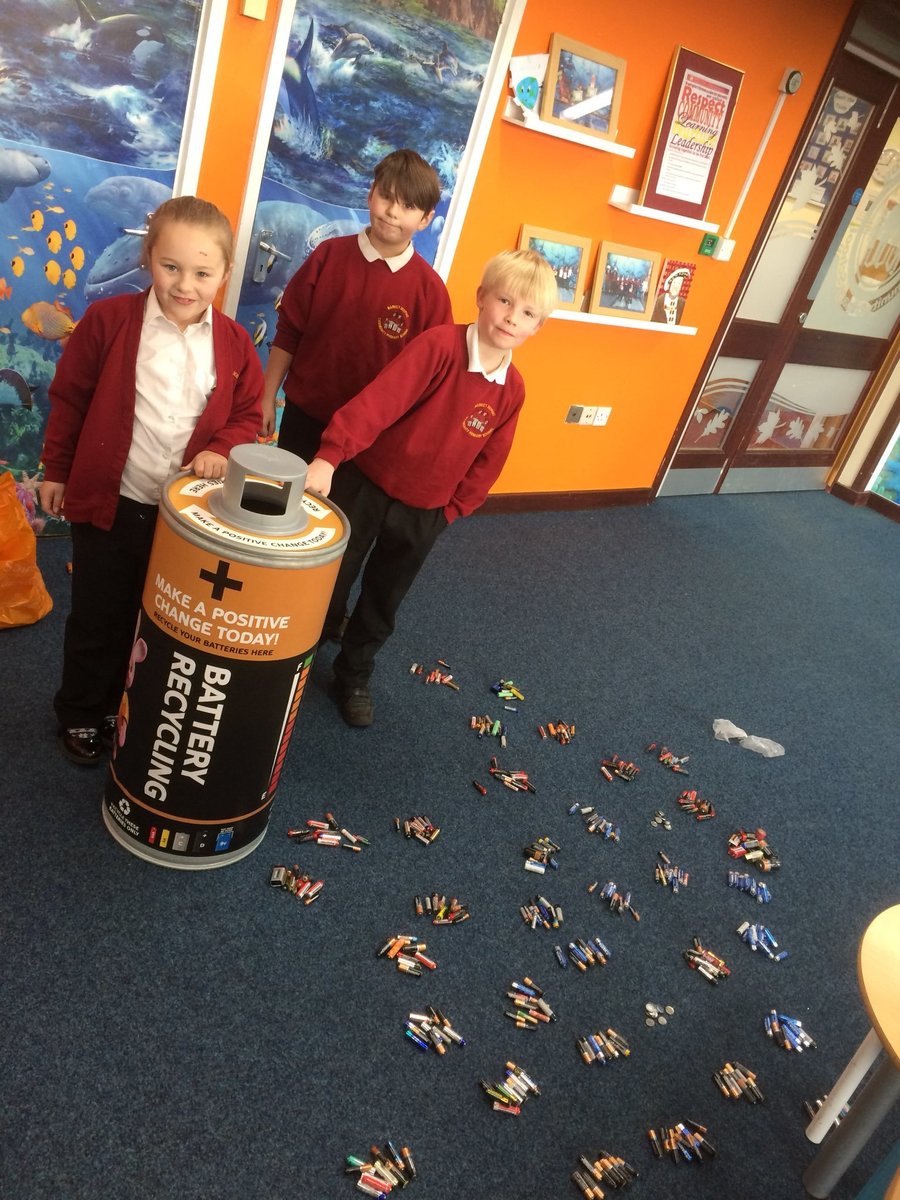 © 2020 Market Deeping Community Primary School.
Our school website, mobile app and podcasts are created using School Jotter, a Webanywhere product. [Administer Site]
We use cookies to provide you with the best experience on our website. Read our Privacy Policy to find out more.